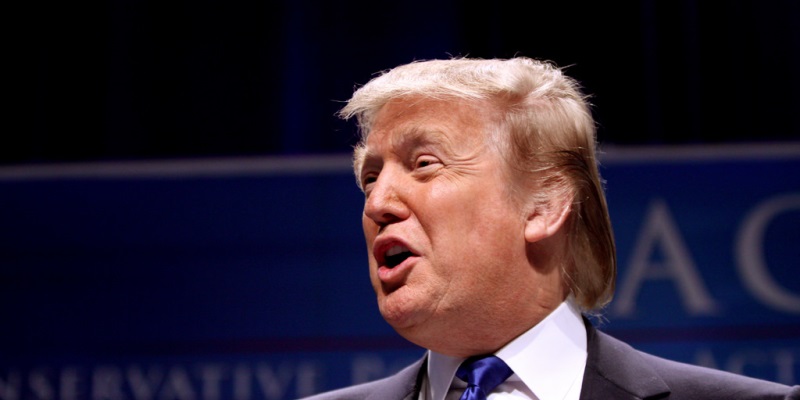 President Trump’s recent actions have drawn widespread media attention to tariffs. Economic science provides an effective means of discerning the implications amid the hyperbole and rhetoric.

Earlier this year, the Trump administration imposed tariffs on solar panels and washing machines. The level of consternation among Canadians increased when tariffs of 25 per cent on steel and 10 per cent on aluminum (which had been waived until June 1) were enforced.

In response, the Trudeau government issued 10 to 25 per cent tariffs on a range of goods including steel, aluminum and a hodgepodge of consumer products effective July 1. Mexico and the EU also announced retaliatory tariffs. According to one CBC report, “The first shots have been fired in the unexpected trade war between Canada and the United States, but it's not immediately clear who's going to take the most casualties.”

The war allegory—which most recently included a Trump reference to the War of 1812—obfuscates reality and the factual unavoidable implications of tariffs.

First, goods don’t pay import taxes, only individuals do. Solar panels, washing machines steel and aluminum do not and cannot pay tax. No matter how hard you try, for example, you cannot get flat steel to hand over cash. Only individuals can be compelled to pay.

Which individuals are compelled? With the Trump tariffs, it’s Americans who purchase from suppliers located in other jurisdictions, to consume directly or to use as inputs in some productive process to satisfy consumer wants. Imported flat steel arrives in the U.S. legally only if the individual importer pays the import tax.

Tariffs are a hindrance for Americans importing or wanting to import from abroad. They reduce the volume of trade, increase the cost to the importer and reduce the return to the exporter. This does not make people richer; it makes them poorer—in the U.S., here in Canada and everywhere else.

Tariffs place domestic consumers in the crosshairs rather than foreign suppliers. The Trump tariffs thwart the ability of American consumers to satisfy their wants by raising prices, making both production and consumption more costly. The intentional and direct injuries are akin to using a weapon to maim yourself and your own troops while engaged in combat.

First, why would authorities in Canada respond to tariffs imposed on individuals in the U.S. by imposing tariffs on Canadians? Individual well-being cannot be increased by impeding consumption opportunities. Making import prices higher hurts Canadians, particularly the poor, who trade a larger portion of their disposable income than they would otherwise to acquire goods produced in the U.S. These Canadians consequently have less to spend on everything else. Purveyors of all other goods and services can only sell less than they would otherwise, or at lower prices, or both. And must be satisfied generating smaller revenues.

For decades, supply management has stabilized and raised prices—and subsequently incomes—in Canada for producers of raw milk, eggs, turkey, chicken and broiler hatching eggs. But this has come at a cost for real people that has compounded with time. The legislation and regulations enabling supply control has impaired the capacity of individual Canadians to realize their separate self-interests both as consumers and producers.

It has also created a financial dependency for many agribusinesses on the continuation of supply management, and nasty interpersonal conflicts that transcend the country, among farmers, among consumers, among neighbours and even among family members around the dinner table.

Dismantling this archaic, anachronistic and damaging institution will enable Canadians to enjoy a greater level of prosperity regardless of finalizing a revised NAFTA.