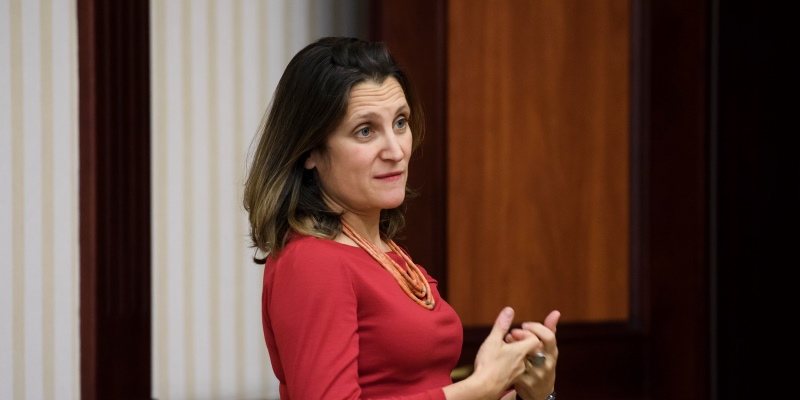 Again, she did not get what she wanted.

According to a Canadian Press report, Greenpeace spokesman Keith Stewart said Canadian negotiators abandoned Prime Minister Trudeau’s green promises. Instead, noted Stewart, the trade agreement doesn’t even mention the words “climate change” and rolls back a NAFTA clause that allowed companies to sue governments for “lost profits over impacts from rules passed to protect the environment.”

Ben Beachy, director of the Sierra Club’s “living economy program,” said this is like leaving the fox to guard the henhouse.

The new deal also reportedly jettisons seven environmental obligations that were part of the last four U.S. trade deals. The new deal reportedly “includes enforcement language taken from just one of the environmental accords, weakens the language from another two and makes zero mention of the other four.”

Doug Norlen, director of economic policy for Friends of the Earth, says the “agreement is an attack on our ability to hold Big Oil and Gas accountable for the damage they cause to our communities”

So what does all this mean for Canada?

First, there’s no reason to panic. Canada has some of the world’s strongest environmental protections, and the omission of an environmental section in the new trade agreement won’t change that. At the same time, if Canada forges ahead with environmental protections such as aggressive greenhouse gas emission controls, it will do so in the absence of comparable protections in the United States and Mexico. That can only have competitiveness implications down the line, especially should the federal “backstop” carbon price escalate to $50/tonne or beyond, as the U.S. refuses to tax GHG emissions and has unfettered its oil and gas sector by aggressively limiting the growth of environmental regulations.

Prime Minister Trudeau clearly failed to enshrine his environmental agenda in the new trade agreement. But that won’t likely upset the environmental status quo. And most people seem to agree the new agreement, if not exactly as Canada would have liked it, is far better than no agreement at all.