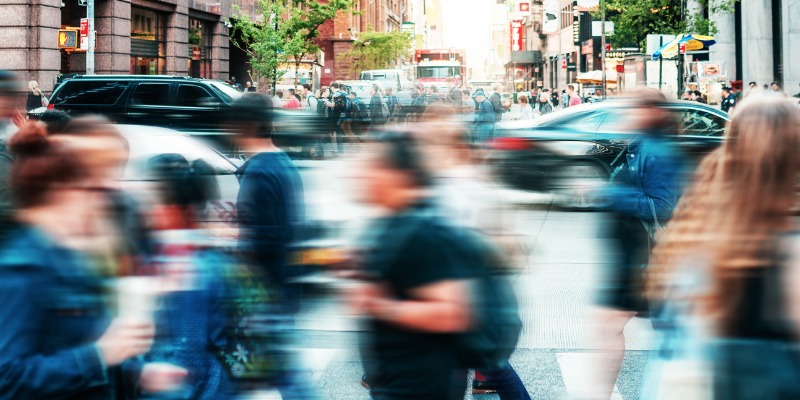 Over the course of the pandemic, government spending increased substantially across Canada at all levels. The degree to which government is involved in the economy has important implications, as a large government sector can crowd out private-sector activity and stifle economic growth. Unfortunately, even before the pandemic, the Maritimes has been the most government-dominated region in Canada.

A recent study details the problem. In 2019, the last year of reliable data before the pandemic, government spending (at all levels) in Nova Scotia represented 60.2 per cent of the economy, as shown in the chart below. This was the highest level in Canada but closely trailed by second-place Prince Edward Island (58.5 per cent) and third-place New Brunswick (57.4 per cent). This stands in stark contrast to the three western-most provinces where government spending represents between 29.7 per cent and 37.2 per cent of the economy. 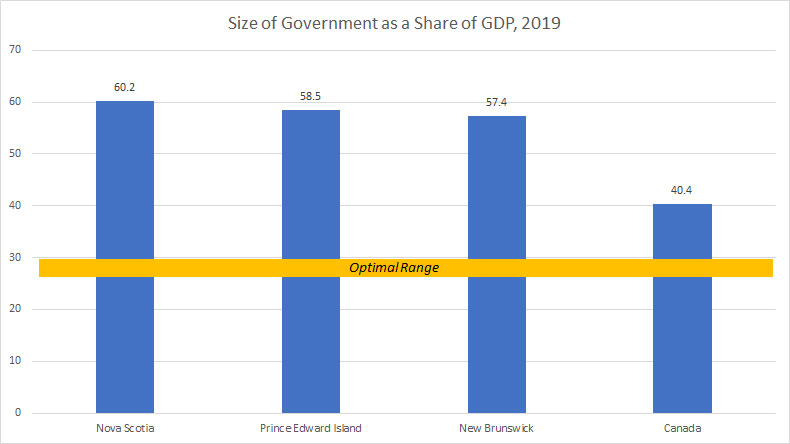 This 2019 data are important because high levels of government spending are not simply a pandemic-driven phenomenon in the region. The data are clear that even before COVID, the region had a large and growing government sector. In all three Maritime provinces, the size of government is approaching two-thirds of the economy, and this actually underestimates the true size since it only accounts for spending. For example, studies have found that indirect costs such as tax expenditures and regulations add costs equal to an additional 10.1 per cent and 10.5 per cent of GDP nationally.

A large government sector means governments in the region must impose high rates of taxation to pay for all the spending. For personal income taxes, studies show that Atlantic Canada has some of the highest marginal and effective tax rates in the country. For business taxes, the story is similar. Simply put, individuals and businesses in the region are taxed at higher rates to maintain this large government sector.

As provincial economies begin to recover from the pandemic, a large amount of temporary and onetime spending will wind down at the federal and provincial levels. However, it’s crucial to understand that the Maritimes had a size-of-government problem well before COVID. As governments in Halifax, Fredericton and Charlottetown make fiscal decisions over the coming year, they should remember that ever more government spending has consequences.