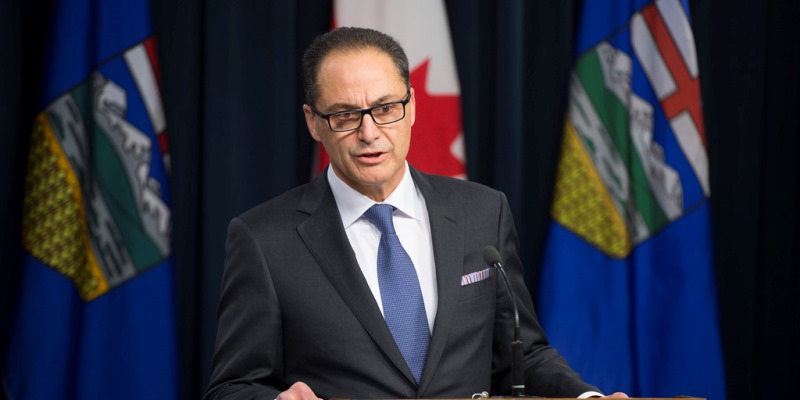 Alberta’s Finance Minister Joe Ceci recently delivered the provincial government’s Third Quarter Fiscal Update and Economic Statement. There was a sliver of good news, as the projected deficit for this year was reduced, reflecting higher-than-expected revenues. The bad news, however, outweighs the good. Specifically, the provincial government continues to refuse to develop a serious plan to quickly eliminate the deficit and start the process of repairing the province’s broken finances.

The third quarter update does show a “path to balance”—a rarity for a quarterly fiscal update, which some are taking as a hint that there will be no full budget before the election this spring. However, the path back to balance outlined by Minister Ceci is long and uncertain. Specifically, it shows the province finally returning to balance in 2023/24. Even if it meets this unambitious timeline, it will mean that Alberta will have run nearly a decade of uninterrupted deficits (the budget was last balanced in 2013/14). But the problem isn’t just the timeframe for the government’s balanced budget date. Equally worrying is how the province intends to get there. Minister Ceci’s update doesn’t plan to pursue a balanced budget through spending reforms, but instead relies on non-renewable resource revenue doubling between now and 2023/24. In short, the update represents a ticket for yet another ride on the resource rollercoaster.

With the deficit for 2018/19 now projected at $6.9 billion, the government’s current plan is to gradually shrink the deficit over time until finally returning to a balanced budget in 2023/24. To say the least, this is not a heavy lift.

What’s more, to the extent there is any fiscal discipline embedded in the plan, there is no commitment to start exercising it for years to come. Specifically, the government says it will freeze total expenses in 2021/22. However, back-loading deficit reductions makes the path to balance far less certain. After all, a lot can change between now and 2020/21 that might reduce revenue or lead to expenditure increases. For instance, recessions do periodically happen, and the last global recession was around a decade ago. Another significant slowdown or recession over the next five years is a very real possibility. Planning should account for those risks by front-loading deficit reduction efforts. Further, the commitment of any government that has a track record of spending increases and plans to continue increasing spending to finally put an end to the growth—but not for a few years yet—should be taken with a considerable grain of salt.

More worrisome, and related, is the fact that the path to balance would require natural resource revenue to more than double between 2018/19 and 2023/24, climbing from $5.5 billion to $12.3 billion. Now that the government as laid out a path to budgetary balance, it’s clear that it largely relies on riding the resource revenue rollercoaster. The same rollercoaster, by the way, that Minister Ceci has long decried. This means we will continue dedicating every dime of resource royalties to current expenditures, rather than making contributions to the Heritage Fund.

One thing that isn’t clear is why the government would choose to freeze expenses beginning in 2021/22. After all, freezing expenditures at 2018/19 levels for two years would result in a balanced budget in 2020/21, according to the government’s own revenue projections. If they approve of the concept and are prepared to start in 2021/22, it’s not clear why they wouldn’t be comfortable doing so now. Acting now would allow the province to rapidly return to budgetary balance, which would give them plenty of flexibility to implement other fiscal priorities, such as badly needed tax relief to bolster the province’s ailing competitiveness. Kicking the can down the road is a lost opportunity.

Continuing to run multi-billion dollar deficits year-after-year outside of a recession makes little sense. If we’re not going to balance the budget now, then when? While saying we’ll balance the budget in five years sounds easy enough, it is far from a certain path to budgetary balance and it represents a passive and inadequate response to Alberta’s severe fiscal problems.