The most tangible threats to cities are manmade 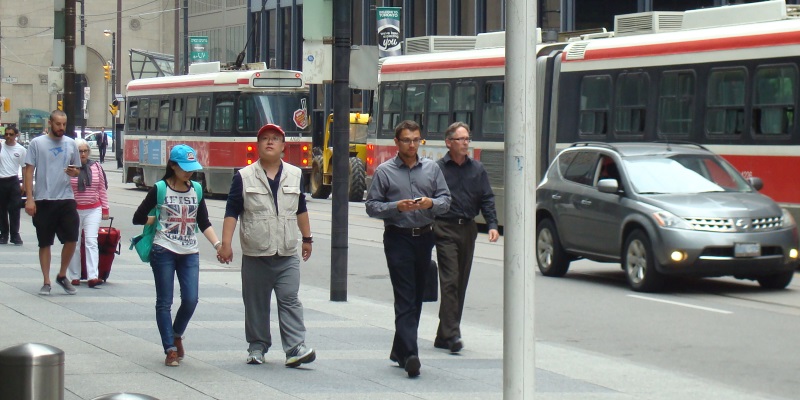 Although best known to Canadians as Halloween, October 31 is also World Cities Day—a time to think a bit, between the candy and costumes, about why cities are important and some key challenges they face.

Canada is an urban country, with more than 80 per cent of Canadians living in towns, cities and suburbs. Moreover, urban areas represent a disproportionate share of the economy. The last time Statistics Canada calculated gross domestic product (GDP) for larger urban agglomerations (called Census Metropolitan Areas) in 2009, they represented 69.1 per cent of the national population—and 72.2 per cent of national economic output.

And for good reason.

Economic thinkers as far back as Adam Smith and Alfred Marshall discussed the benefits of people and industries living close to one another, reducing barriers to market transactions and flow of information, while creating concentrated pools of employment and employees. Indeed, contemporary urban economist Ed Glaeser calls cities “our greatest invention” in the subtitle of his influential book on the subject. In short, cities are important to our continued prosperity.

So, considering the central role cities play in Canada’s (and the world’s) economy, it’s important to identify potential threats to their continued success.

Some obvious (though not always front of mind) threats include natural disasters and disease. For instance, cities along the Pacific coast are vulnerable to periodic earthquakes and their ensuing tsunamis. And thankfully, important developments in water, sewage and waste management services make cholera outbreaks a thing of the past here in Canada.

Perhaps the more tangible threats facing cities are manmade. In particular, the high cost of housing in the greater Toronto and Vancouver areas increasingly threatens one of the key ingredients that make cities a success: the ability for workers and their families to move to these regions.

Without a rich pool of talent to draw from, businesses find their options increasingly limited, which takes a toll on the economy at large. Far from hypothetical, this phenomenon has been measured. U.S. economists Chang-Tai Hsieh and Enrico Moretti have published several studies estimating the impacts of what they call the “spatial misallocation.” That is, the reduced mobility workers face when weighing their options on taking higher-paying jobs in more expensive urban regions.

For example, an engineer in Indianapolis, Indiana could receive a job offer to work in San Jose, California, at 1.25 times his current salary. However, if his monthly payment on a mortgage or rent doubles (as could feasibly be the case) he may think twice.

At the national level, and compounded over five decades, Hsieh and Moretti estimate the U.S. economy would be nine per cent bigger (and average annual earnings up by around $6,800) had workers not faced this trade-off.

Underpinning high prices in desirable urban regions are the many regulations, both municipal and provincial, that slow housing supply growth. When the number of homes built in high-demand areas does not keep up with the number of families moving or—importantly—who would otherwise move there, prices inevitably rise, eventually deterring newcomers.

For several years, the Fraser Institute has studied the impact of such regulations—including building permit approvals, developer fees and zoning—on the housing supply, to better understand the causes of and solutions to affordability woes in Canada’s most expensive markets. The first step, however, is to recognize why cities are so important and the essential role they play in helping families achieve their Canadian dream.