A Friend in Need: Recognizing Alberta's Outsized Contribution to Confederation 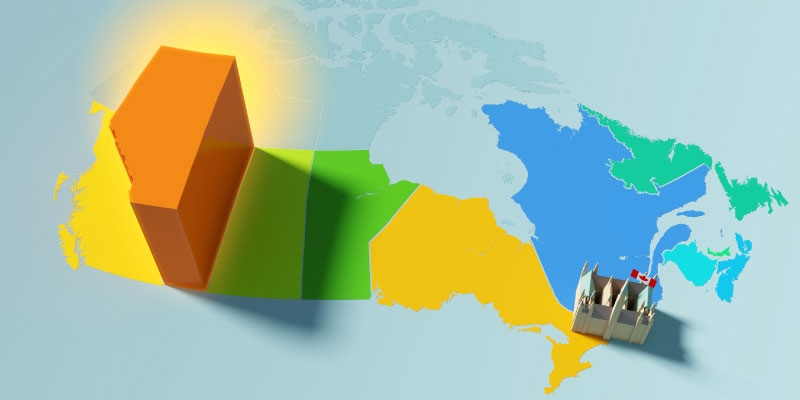 Historically, Alberta has made an outsized contribution to Canada’s economy and federal public finances. This report quantifies Alberta’s role in Canada’s economic and fiscal well-being in recent years.

Alberta’s strong economic growth and job creation did not exclusively benefit people already living in that province. The jobs and high incomes created in Alberta during this time generated opportunities for people across the country who were willing to relocate to Alberta to take advantage of them. Between 2004 and 2014, net interprovincial migration to Alberta was positive by 270, 926 people. Many from elsewhere in Canada improved the lives of their families by seizing opportunities in Alberta’s booming economy.

Alberta’s booming economy was also beneficial to the rest of the country through the province’s contribution to federal finances. Between 2007 and 2015, Albertans paid $188.6 billion more in federal taxes than they received in transfers and federal programs. This measure excludes contributions and payments from the Canada Pension Plan. Once these amounts are included, Alberta’s net contribution rises to $221.4 billion. Without Alberta’s large contributions to federal finances, the federal government would have run much larger deficits during and after the 2008/09 recession, and since then would not have come close to balancing its budget.

After the paper documents Alberta’s contributions to Canada during its period of economic strength, we turn to the less happy economic circumstances facing Alberta today. Specifically, having shown how important it is for Canada to have a strong Alberta, we itemize a number of actions that governments across the country can take to help improve Alberta’s prospects for a strong recovery. These actions include: refusing to obstruct the construction of needed energy infrastructure that has been deemed environmentally safe; not further undermining Alberta’s tax competitiveness through federal tax increases; and re-examining dimensions of the country’s system of federal transfers.

Of course, the policy decisions that will most influence Alberta’s future growth prospects are not being made in other parts of the country—they are being made in Edmonton. Unfortunately, Alberta’s recent policy choices are undermining these prospects. Substantial rate increases to economically inefficient taxes along with spending increases that have contributed to a rapid run-up in debt are two examples of recent policy choices that will leave the province fighting headwinds as it tries to grow economically.

Alberta has much work to do in order to begin helping itself and creating the conditions for a strong sustained recovery, but the decisions made by governments in other parts of the country can make that work easier or harder. Canadians in other provinces should consider Alberta to be a “friend in need” and avoid policy choices that will unduly hinder Alberta’s prosperity.