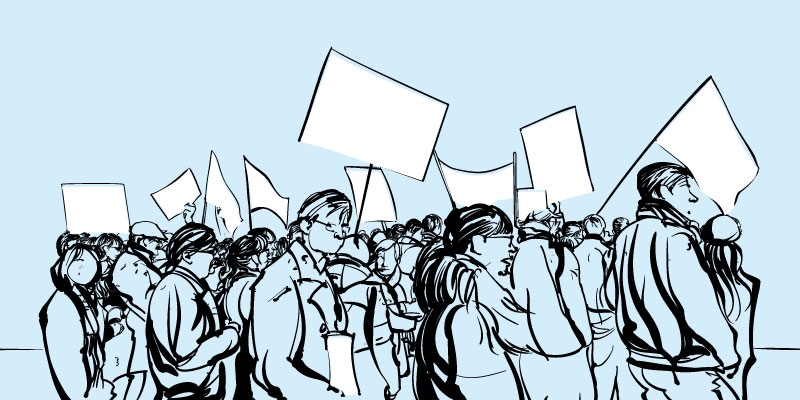 British Columbia and Quebec are the only two provinces in Canada that ban the hiring of temporary workers to replace existing employees who are participating in a labour strike or lockout. Although no other Canadian jurisdiction bans temporary replacement workers, or “scabs” as they are colloquially known, it is the subject of recurring debate at both the federal and provincial levels of government.

However, empirical research—based on the experience in British Columbia and Quebec (and a brief ban in Ontario)—shows there are several negative consequences associated with banning temporary replacement workers, both on the broader economy (investment, wages, and jobs) and labour relations (the frequency and duration of strikes).

To understand the economic effects of bans on hiring temporary replacement workers, first consider how the ban affects an employer during a strike or lockout. The ban makes it more difficult and costly for an employer to operate or serve customers during a work stoppage, and this affords union negotiators a marked advantage during collective bargaining by increasing the financial pressure that employers face during a work stoppage.

Meanwhile, workers participating in a strike are able to lessen their own financial pressure by finding employment elsewhere while the strike or lockout is under way. Unions can also provide strike pay to cushion the financial impact on workers. There is a clear imbalance in the way the law is applied to employers on the one hand, and unionized workers on the other.

A number of empirical studies have found direct negative consequences associated with banning temporary replacement workers. One serious adverse effect of such bans is on investment. Entrepreneurs and investors are discouraged from investing and doing business in a jurisdiction with a ban because the ban can raise labour costs and lower the return on investment.

The adverse effect on investment helps explain a counterintuitive finding in the empirical literature: banning temporary replacement workers lowers union wages. Crucially, investment provides workers with the tools, equipment, and technology they need to improve their productivity. And productivity, which is the value produced per hour worked, is closely tied to the compensation that a worker earns. Workers that produce greater value for a given amount of labour input can command higher wages. That is why a decline in investment depresses worker compensation in the longer term. While union negotiators may pressure employers to pay higher wages, the benefit to workers of those higher wages is short term; in the long term, workers ultimately lose out on wage gains that they would have attained through increased productivity had investment levels been higher in the absence of the replacement worker ban.

Another unintended consequence of bans on temporary replacement workers is fewer available job opportunities. When businesses are discouraged from investing (i.e., setting up, developing, or expanding operations) or hiring labour, the result is that fewer jobs are created.

Despite these demonstrably adverse economic consequences, a common argument made for banning replacement workers is that the policy results in fewer and shorter strikes, and generally contributes to more peaceful labour relations. It is true that long strikes can be costly because they disrupt the production of goods and services and the lives of those who are involved. However, contrary to the argument made by the ban’s proponents, empirical studies show that banning replacement workers leads to more frequent and, on balance, longer strikes. In addition, consider that from 2008 to 2016, British Columbia and Quebec, which both maintain the ban, have had the highest number of work days lost due to work stoppages (strikes and lockouts) among Canadian provinces.

Canadian labour relations laws tend to be imbalanced and prescriptive, which are important considerations in the long-running debate about banning temporary replacement workers. If a Canadian jurisdiction without such a ban were to adopt it, it would be a step in the wrong direction for a set of labour relations laws that are already less balanced and more prescriptive than in jurisdictions in the United States. Put differently, a ban on temporary replacement workers in federally regulated industries in Canada, or in the eight provinces that do not already have a ban, would make the labour relations laws in those jurisdictions even less conducive to investment and economic growth. On the other hand, removing the ban in British Columbia and Quebec would be a step towards more balanced laws, which would be of benefit to workers in those provinces.