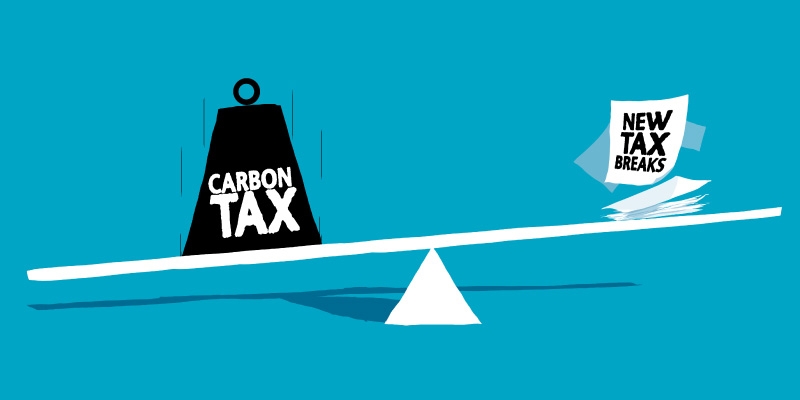 British Columbia’s carbon tax is often praised as a model for other jurisdictions to follow, in part due to its alleged revenue neutrality. However, in the eight years since it was introduced, the offsetting tax measures used in the government’s revenue neutral calculation have changed, prompting questions about whether the carbon tax is still revenue neutral.

Revenue neutrality simply means that the amount of revenue the government generates through the carbon tax is used to implement new reductions in other taxes that are equal to the revenue generated by the carbon tax. Revenue neutrality is also important for economic efficiency since cuts to economically damaging taxes, such as personal and corporate income taxes, can help offset the economic costs of a carbon tax.

However, by 2013/14, the first full fiscal year with the carbon tax at its highest value ($30 per tonne), a major issue arose with the way the BC government was calculating revenue neutrality. At this point, the government was no longer solely relying on new tax measures to offset the carbon tax revenue and instead began using pre-existing tax reductions in its revenue neutral calculation.

Specifically, the pre-existing tax measures are the Training Tax Credit—Individuals, the Interactive Digital Media Credit, the Training Tax Credit—Businesses, Film Incentive BC Credit, the Production Services Credit, and the Scientific Research and Experimental Development Credit (SRED), which first appears in the revenue neutral calculation in 2014/15. The two film industry tax credits and the SRED tax credit were first introduced almost 15 years before they were included as carbon tax revenue offsets.

If the pre-existing tax measures are properly removed from the government’s revenue neutral calculation, then BC’s carbon tax ceases to be revenue neutral as of 2013/14, with a net tax increase of $226 million that year. In 2013/14 and 2014/15, the two years for which final data are available, British Columbians bore a combined $377 million net tax increase.

If the available historical data are combined with the government’s projections to 2018/19, then from 2013/14 to 2018/19, the carbon tax is projected to result in a cumulative $865 million net tax increase for British Columbians. If we were to distribute this tax increase equally among the province’s populace, each British Columbian would pay $182 more per person, or $728 for a family of four.

In addition, the composition of the offsetting tax measures has changed over time. Rather than most of these measures coming from cuts to broader, more distortionary taxes that help mitigate the economic costs of the carbon tax, the government has increasingly used targeted tax measures (i.e., boutique tax credits) to offset the carbon tax revenue. Specifically, before 2013/14, cuts to the general corporate income tax (CIT) rate and two personal income tax (PIT) rates totaled, on average, over 60% of the revenue generated by the carbon tax. However, from 2013/14 onwards, cuts to the general CIT rate and two PIT rates account for less than 45% of the revenue generated by the carbon tax.

The BC government should take the appropriate steps to ensure that the carbon tax is revenue neutral in a way that mitigates the economic damage of the carbon tax by reducing existing distortionary taxes to the greatest possible extent. Barring this, proponents who praise BC’s alleged “revenue neutral” carbon tax reform as a model for others to follow should temper their enthusiasm and more accurately describe the actual model that currently exists, not the model that existed back in 2008.