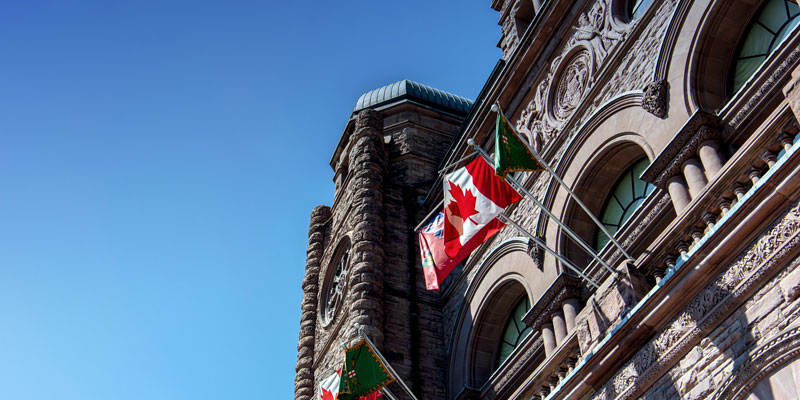 It’s widely known that Ontario carries a significant debt burden. At the end of the 2019 fiscal year, Ontario’s debt stood at approximately $355 billion. RBC Economics forecasts that by the end of this year Ontario’s debt-to-GDP ratio (a good measure of debt sustainability) will reach its highest point ever, at 46 per cent.

Ontario is clearly a highly-indebted province. But it hasn’t always been this way. Three decades ago, in 1990, Ontario the seventh largest debt burden in Canada relative to the size of its economy. At the end of this year, however, Ontario is forecasted to have the second highest debt-to-GDP ratio in Canada behind only Newfoundland and Labrador—a province teetering on the brink of insolvency.

The story of how Ontario’s fiscal deterioration is a story of three recessions. These recessions, and the policy choices made during them and in their immediate wake are the reason Ontario’s debt is so large today.

In 1990, Ontario’s debt-to-GDP ratio stood at 13 per cent. Then the province was hit by a steep recession. This recession hurt government revenues while then-premier Bob Rae’s government tried to fight the recession by increasing government spending.

Premier Rae explicitly deprioritized deficit control, stating his government had a choice to “fight the deficit or fight the recession, and we choose to fight the recession.” This choice set Ontario on a path to debt accumulation from which it has only rarely and briefly strayed in the three decades since.

Due to a combination of the recession’s effects on revenue and the Rae government’s spending choices, Ontario’s debt-to-GDP ratio doubled in just a few years, reaching 27 per cent by 1993.

Under Premier Mike Harris, Ontario made some fiscal headway, eliminating the large annual deficits it inherited and halting the rise in the province’s debt-to-GDP ratio. However, Harris and his successors were ultimately unable to bring the province’s debt burden back down to where they were at the start of the 1990s.

As a result, when another major recession hit Ontario starting in 2008, the province saw its debt levels climb almost instantly to record levels of approximately 40 per cent of GDP.

The governments of premiers McGuinty and Wynne repeatedly stated they recognized this elevated debt level was a serious problem and vowed to bring debt back down to pre-recession levels. Unfortunately, they never actually developed a serious plan to meet this goal. As a result, the province never made progress and the province’s debt-to-GDP ratio was still at 40 per cent when the COVID recession struck.

Now, provincial debt is spiking yet again. RBC Economics forecasts Ontario’s debt-to-GDP ratio will climb to a new record of 46 per cent.

As we have seen, Ontario reached its current set of fiscal challenges as a result of three severe recessions over the past 30 years, and the policy responses to those recessions. Premier Rae tried to fight the recession in the ’90s with more spending, causing debt to climb. Meanwhile, in the 2010s, the McGuinty and Wynne governments were complacent about the spike in debt that occurred following the 2008/09 recession, and therefore debt didn’t decrease at all from its new record highs.

Now, a third recession has hit.

What remains to be seen is whether in the years following this recession Premier Ford follows the examples of his predecessors and allows debt to pile up in the years ahead, or if his government instead charts a different course and works actively to prevent even more debt.

The choices the Ford government makes now and in years to come will determine whether the province finally move towards fiscal sustainability or whether it will continue the trend of adding more and more debt, which will burden future generations of Ontarians.