Trudeau vs. Biden—transparency and budget honesty 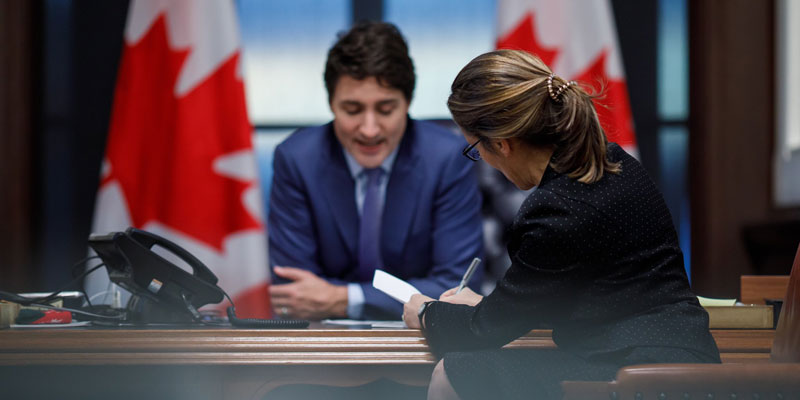 As Canadians brace for the first federal budget in more than two years, there’s an interesting contrast to consider between President Biden’s approach to increasing government spending and the Trudeau Liberals.

While both Trudeau and Biden are using a great deal of political marketing to sell their spending plans, particularly with respect to infrastructure, it’s clear the U.S. president and congressional Democrats are being more transparent and honest with Americans about the costs of increased spending—namely higher taxes. The Trudeau government, on the other hand, continues to obfuscate the cost of increased government spending.

The dictionary defines infrastructure as the “basic systems and services, such as transport and power supplies, that a country or organization uses to work effectively.”

In other words, almost 60 per cent of the Liberal infrastructure spending was on “green” and “social” projects that may be worthwhile but fall well outside the common understanding of infrastructure. For instance, $7 billion was allocated to daycare and $2.1 billion for homelessness projects.

So again, both Trudeau and Biden can be faulted for using opaque and indeed misleading language in selling their spending initiatives to the public.

But the important difference between Trudeau and Biden is the level of transparency about the costs of increased spending. President Biden has proposed a sweeping set of tax increases, including raising the business income tax from 21 per cent to 28 per cent, to finance infrastructure spending. In other words, Washington is being clear and open with the American people that higher spending means higher taxes.

The contrast with the Trudeau government is significant. After confirming last fall in the Economic Update that the federal deficit for 2020-21 will exceed $380 billion (or 17.5 per cent of GDP) with expected total combined deficits of $271 billion over the next five years plus an additional $70 billion to $100 billion in stimulus, Prime Minister Trudeau emphasized that Ottawa would not raise taxes.

And there are increasing signs that Monday’s federal budget may include yet more spending on everything from national daycare to national pharmacare to a federal guaranteed annual income to massive green spending and potentially a wholesale remaking of the economy.

Clearly, such spending necessitates tax increases. However, the Trudeau Liberals have a five-plus-year record of obfuscating their tax increases. For instance, the Trudeau Liberals continue to herald their tax cut for middle-income families despite clear evidence that taxes were actually raised. Moreover, most of the increased spending has been financed by borrowing, which simply defers taxes to the future.

So, on the eve of what may be one of the most consequential budgets in our history, Canadians will soon see if the Trudeau government is transparent and open about the magnitude of tax increases necessary, either now or in the future, to finance its spending increases.