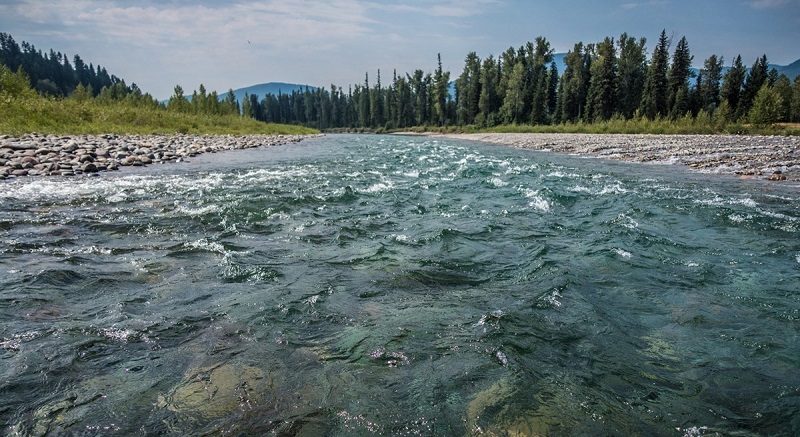 Healthy river ecosystems rely on clean water. According to a recent study, the quality of Canada’s fresh water is quite good. However, the study notes that results vary by region. To understand how water quality differs across the country, this blog post analyzes provincial water quality results in Central and Atlantic Canada. 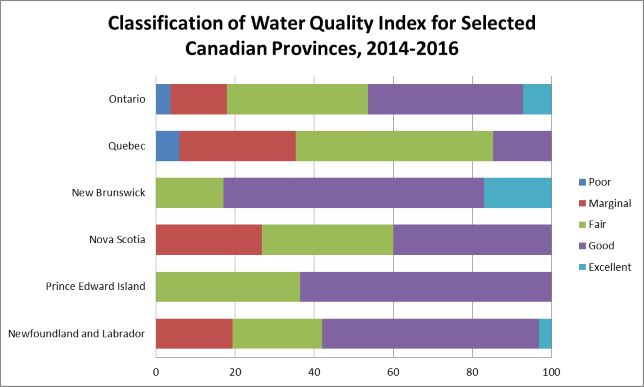 The index measures a number of parameters (e.g. pH, SO4, NO3) in water and compares the parameters to water quality guidelines defined by the province or the federal government. Water quality guidelines are thresholds indicating when a parameter becomes harmful to animals and plants. The WQI accounts for the number of parameters that do not meet guidelines, the frequency of this occurrence, and by how much the parameters deviated from the guideline. Next, based on the overall suitability to support aquatic life, the index ranks water bodies as excellent, good, fair, marginal or poor.

The chart shows the WQI results for Central and Atlantic Canada for the 2014-2016 period.

Overall, water quality ranges from fair to poor in southwestern Ontario and along the St. Lawrence River between Quebec City and Montreal, whereas it rates good or excellent in eastern Ontario.

Moving east to Atlantic Canada, according to the WQI calculated by Environment Canada, New Brunswick has clean surface water. Out of 53 stations, 17 per cent were classified as fair, 66 per cent as good and 17 per cent as excellent.

Finally, Newfoundland and Labrador, which has 62 stations, reported almost half of the monitoring sites as good (55 per cent) or excellent (three per cent). Nineteen per cent were rated as marginal and 23 per cent rated as fair.

Overall, the state of water quality in Central and Atlantic Canada is quite good but some concerns remain in densely populated regions of southern Ontario and Quebec.