Comparing Recent Economic Performance in Canada and the United States: A Provincial and State-Level Analysis 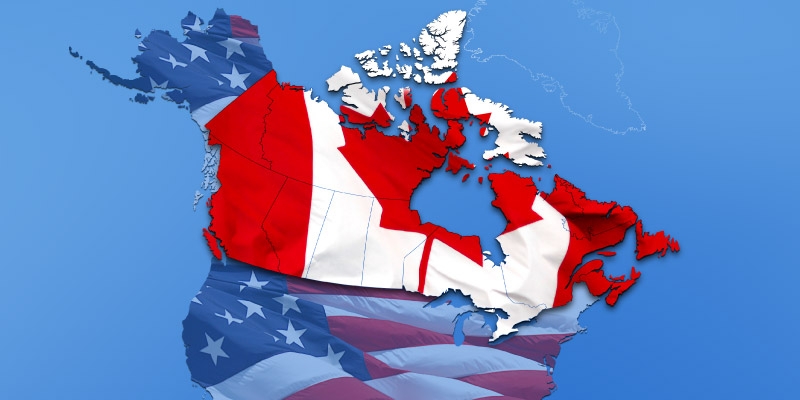 Conventional wisdom holds that Canada weathered the global financial crisis and recession better than most industrialized countries, particularly the United States. It is certainly true that overall, Canada has performed better economically than the United States immediately since the 2008-09 recession. For example, from 2010 to 2014 real (inflation-adjusted) gross domestic product (GDP) per person in the United States grew at an annual average rate of 1.2 percent while in Canada the rate was 1.4 percent.

At a glance, this seems to support the prevailing narrative of post-recession Canadian economic superiority (until the recent collapse in oil prices and weakness in the Canadian economy). However, an examination of sub-national data complicates this narrative considerably. There is substantial variation in the economic performance of the individual provinces and states within each of the two countries.

This study analyzes various sub-national economic indicators including the level and growth of real GDP per person, resource intensity, growth in real GDP per worker (labour productivity), employment growth (total, private, and public), the unemployment rate and business investment (the latter for Canada only due to data availability). It demonstrates that while Canada’s overall economic performance has been relatively strong in recent years, specific regions and several individual provinces have in fact struggled.

Specifically, Ontario, Quebec, and the Maritimes have performed relatively weakly in the years following the recent recession. In fact, key economic metrics in these provinces and regions are closely aligned with, or are in some cases well below, the anemic American average.

For example, from 2010 to 2014, although relatively weak at just 1.2 percent annually, real per-capita growth in the United States was higher than in every Canadian province east of Manitoba. Average real per person growth in regions east of the Prairies ranged from a low of 0.1 percent in New Brunswick to a high of just 1.1 percent in Ontario. While Canada as a whole may have outperformed the United States over the period, some provinces and regions have had levels of economic growth that have either matched, or been significantly below those in the United States.

Instead of a simple narrative of Canadian economic superiority, the story that emerges from our analysis of the sub-national data is that very strong economic performance in specific resource-intensive jurisdictions (especially Alberta and Saskatchewan) are largely responsible for Canada’s comparatively strong overall economic record relative to the United States. The very strong performance of these jurisdictions pulls up Canada’s national average, and masks economic weakness elsewhere in the country.

The sub-national data from the United States tells a similar story: resource-intensive states generally show much stronger performance than other states. However, for Canada as a whole, the resource sector makes up a substantially larger share of total economic output (14.2 percent) than that of the US (5.9 percent). The result is that the strong growth rates in Canada’s high performing, resource-intensive jurisdictions raise the national average much more than is the case south of the border, where the resource-intensive jurisdictions represent a comparatively small share of economic output.

Given the marked economic slowdown underway in Canada’s resource-intensive provinces due to depressed commodity prices, there are important implications for Canada’s future growth prospects. The resource boom, with its associated output, employment generation, and capital formation, has halted; at the same time, relatively weak growth in Central and Atlantic Canada persists despite lower commodity prices and a lower Canadian dollar. The key question remains: if energy-intensive provinces are struggling too, which provinces and regions will propel Canada’s future economic growth?